There’s a new tool on the block, you might have heard of it. They call it a Raspberry Pi, and it’s neither infinite, nor raspberry-flavoured (I checked).

It’s a System on a Chip, or a tiny computer.

A big part of its selling point was that it was $25. This kinda got shifted up to “yeah, $25, but $35 for the really useful one, and then with shipping you’re probably not going to see one for less than about $45.”

So the economy aspect got lost a little bit. People started selling $20 cases, and $150 screens, and I think it’s all a little ridiculous. I’m not using it to replace my desktop computer here.

The beauty of an inexpensive and highly portable computer is that you can give it one task, set it, forget about it, and just go buy another one when you want to play with the platform again. You don’t need a large screen for that, usually.

With all of that in mind, I set about looking for the cheapest LCD I could find. I ended up with a replacement screen for a Nokia N77 cellphone. It costed $4.75. A little more research, and I even found someone who was driving them with an Arduino, and that’s most of the battle. The only problem is that it uses a hard-to-find proprietary connector. So that sat on the back-burner for a while.

Recently, an eminent change-of-address has spurred on a new project. And, suddenly, I need a small LCD again. After doing some re-evaluation, I’ve changed tack somewhat.

I’ve decided to go with a Nintendo DS Lite screen, and here’s why:

So I just pulled the trigger on that. While waiting for my shipment to arrive, I poked around for what other people have done with them.

Plenty of people have gotten the touchscreen to work with Arduino, PIC, and Windows. From what I understand, it’s just a couple of potentiometers.

No one really has any information about the LCDs, though, which is strange. Eventually I found a datasheet (via this guy) and an RPi framebuffer driver project. The DS screen isn’t on there, but the datasheet looks pretty straightforward.

I guess I’ll find out when it gets here. 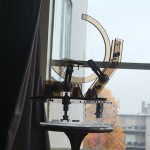 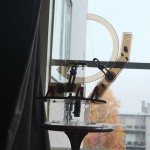