Here’s a quick one.

I’m tired of having to solder programming headers onto projects that don’t need them after initial development.

So I bought a bag of clothespins for a couple bucks from China and went wild with some epoxy and Pogo pins. 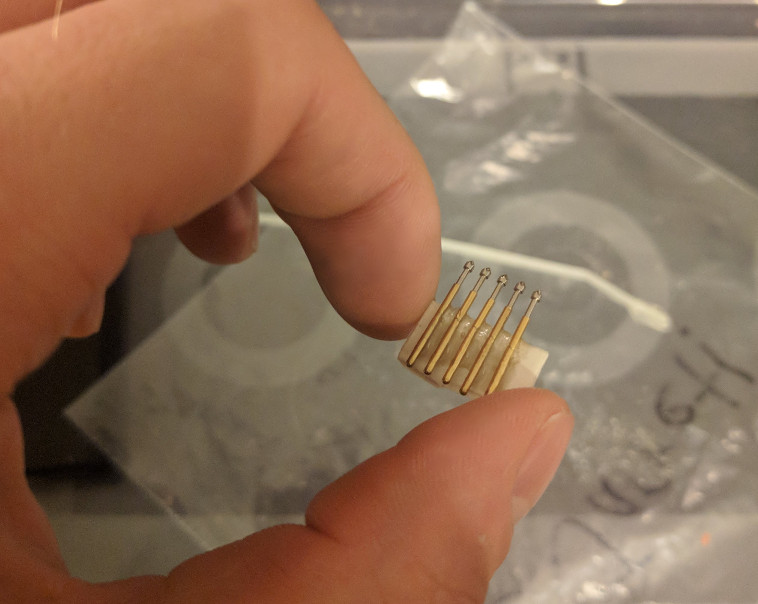 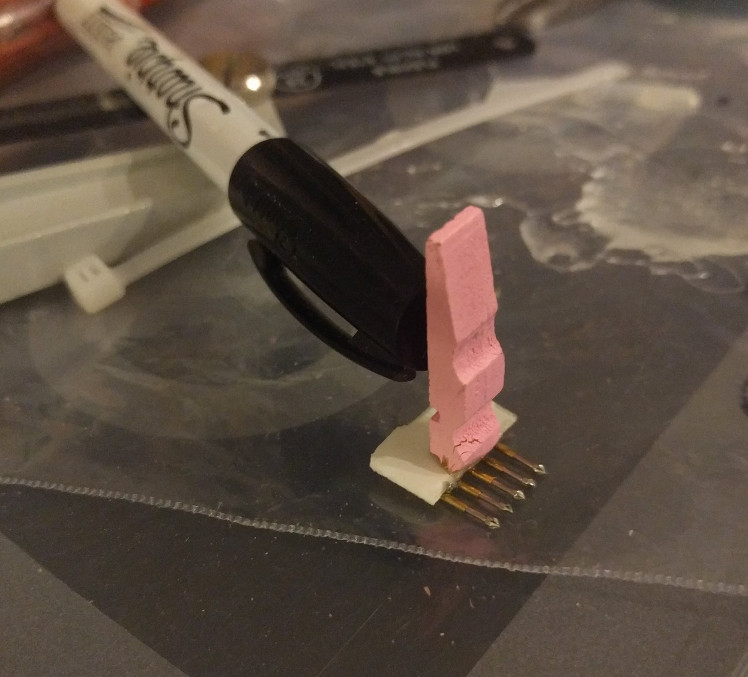 Soldering made the epoxy fail faster than I expected, so I had to reglue it afterwards. 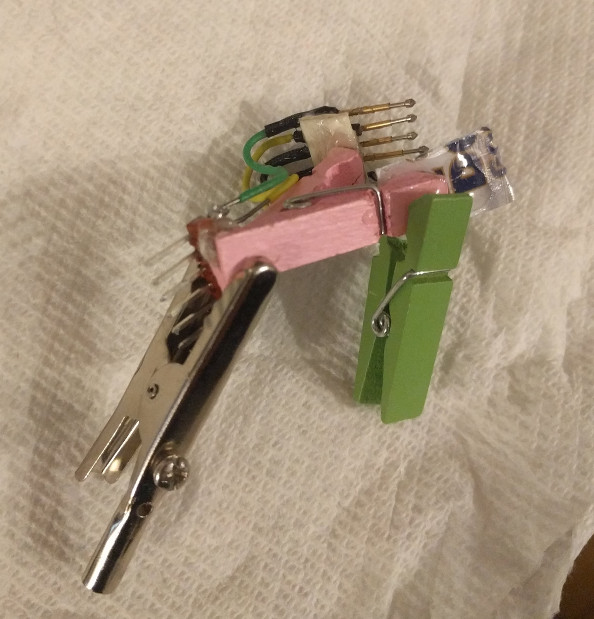 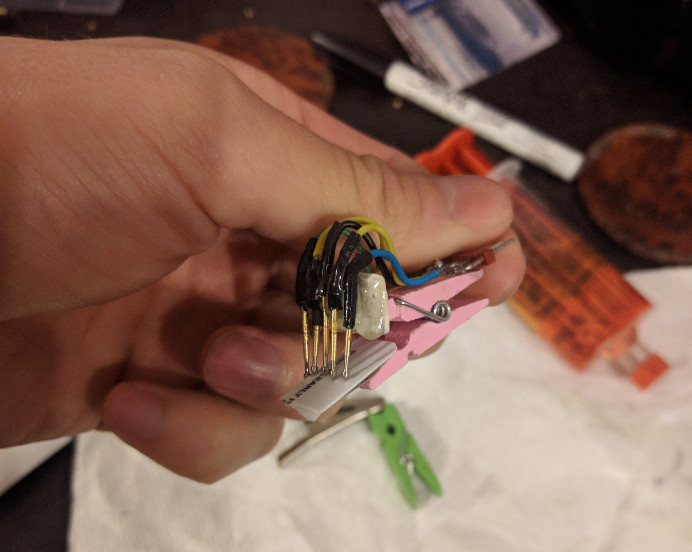 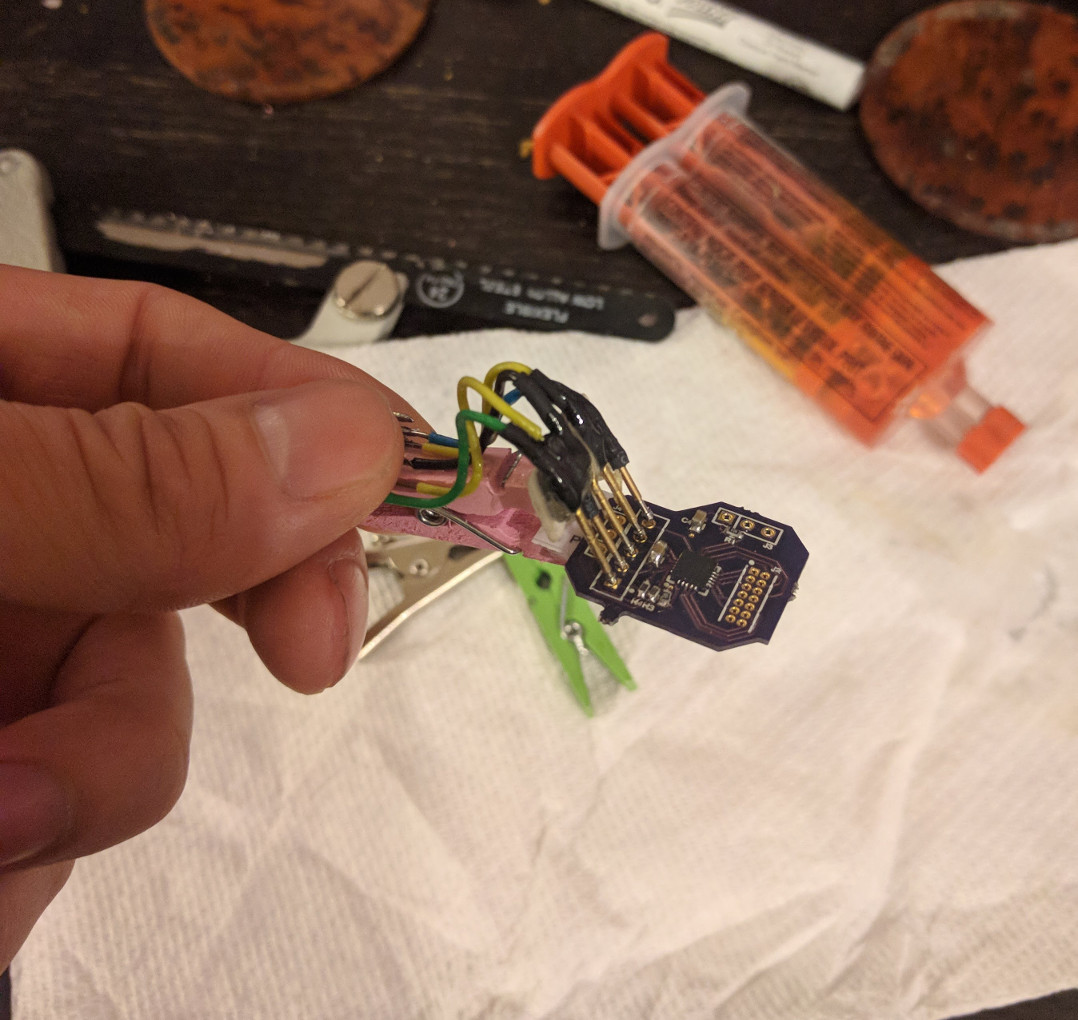 The clothespins are ubiquitous on AliExpress. From the pictures, I expected them to be larger, and plastic. All good, though, these tiny wood ones worked fine.

To make this more repeatable and less like an epoxy-globbed-on mess, I took critical dimension measurements and mocked up something in Fusion 360 for future, more polished versions. They should be possible to 3D print, for all occasions.

Here’s the original duplicate half-clothespin, to be modified for any new debug header encountered. A full clothespin consists of two of these, plus a torsion spring. Download here. 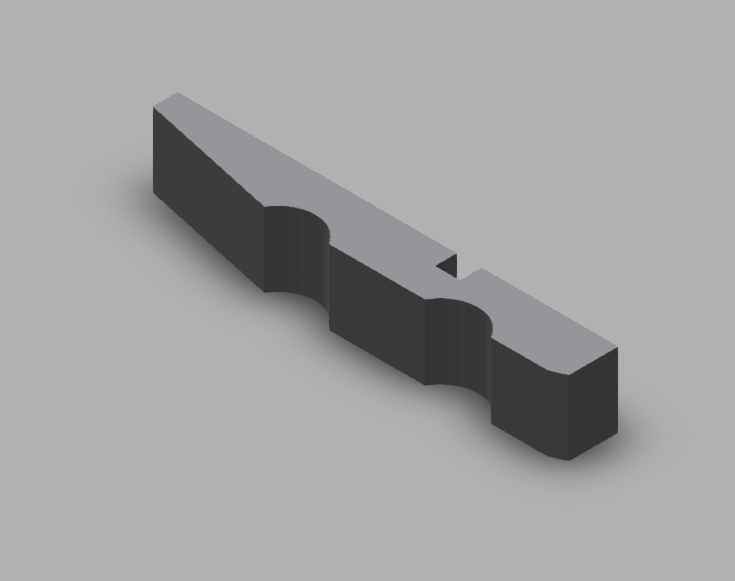 Here’s a 5-pin holder, designed for the PIC header format, or any other 5 pin design. Download here. 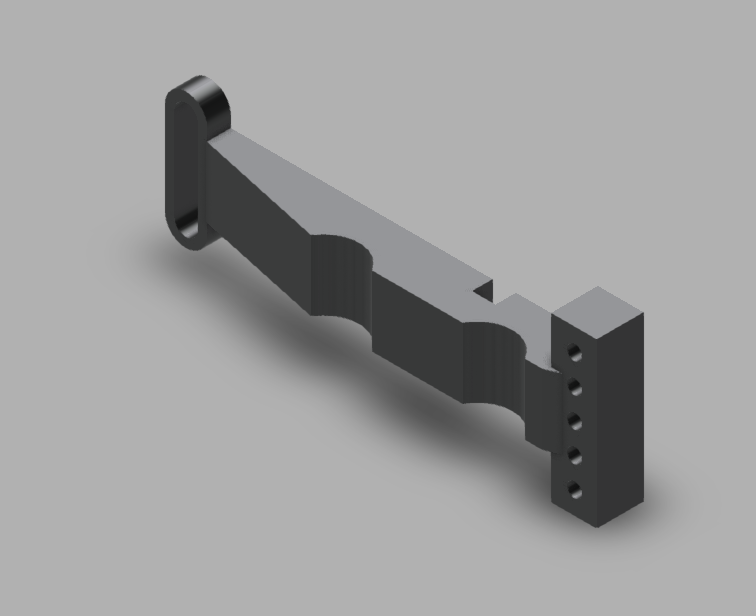 Next I’ll probably do a 4-pin version for SWD that STM32 (and many other ARM) microcontrollers use. Nothing I have right now regularly requires larger JTAG systems yet, but I’m sure it’ll come. This system should work fine with those, too.