Here’s an issue that was causing me some grief:

Some investigation revealed that in MPLAB 8 and before, they didn’t used to properly check for “correct” voltage before attempting to continue programming. Which is great! But they fixed that.

Here’s the message it displays:

Cracking open the case reveals that it’s made by Sure Electronics, and there was possibly some nebulous licensing deal with Microchip to sell these, and then they got cloned and the deal evaporated. Or something. It’s hard to tell.

Oh look, a schematic. Relevant schematics on page 69 and 70.

I had a sneaking suspicion that there was a bad voltage divider somewhere that was causing ADC readings to come back too low.

Before having to properly poke around, this post confirmed my suspicions and made things super easy.

Near the linear voltage regulator, the AMS1117, there are two resistors named R17 and R24. They are 470 and 680 ohms, respectively.
Swapping the 680 ohm resistor with a 750 ohm is recommended. I didn’t have one, so I desoldered one leg and put a 50 ohm resistor in series, making kind of a tower on my board. Results in 730 ohms, but it seems to work. My PicKit can provide power again! 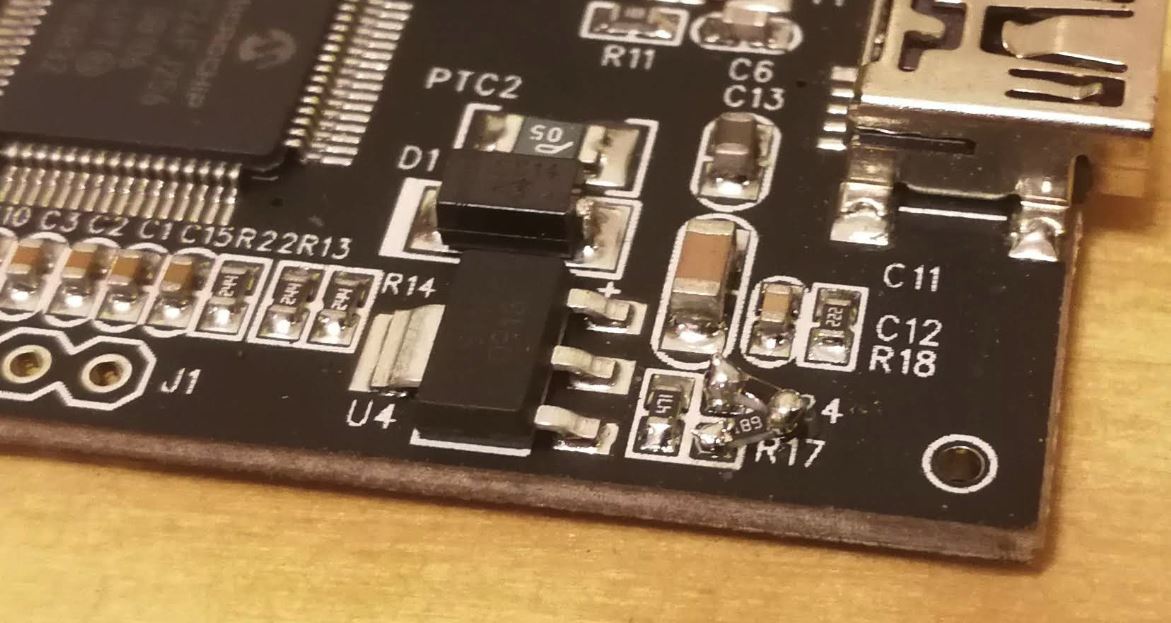